How To Install Java with apt on Ubuntu 18.04

Java and JVM (Java Virtual Machine) are required for many types of software, including Tomcat, Jetty, Glassfish, Cassandra and Jenkins.

This guide will help you learn how to install different versions of the Java Runtime Environment (JRE) and Java Developer Kit (JDK) with apt.

The easiest way to install Java is to use the version included in the Ubuntu package. By default, Ubuntu 18.04 includes Open JDK (open source JRE and JDK version).

This package installs OpenJDK version 10 or 11.

Then you need to check if Java is already installed:

If Java was newer installed, yo’ll see the following results: 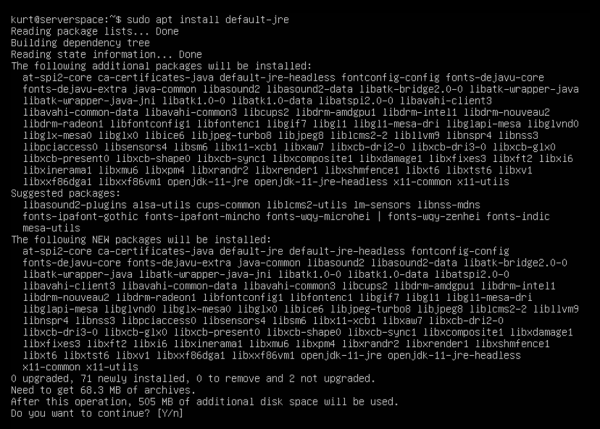 This command installs the Java Runtime Environment (JRE). It allows you to run almost any Java software.

To compile and run some specific Java programs in addition to the JRE, you may need the Java Development Kit (JDK). To install the JDK, run the following command, which also installs the JRE: